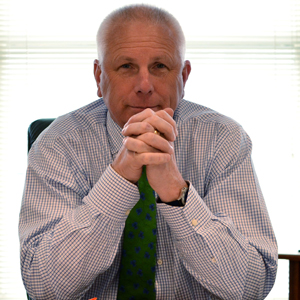 JOHN F. MALADY's tenure and dependability in government relations precedes itself. Never solely content with methods and statistics, John's affinity for building deep-seeded and meaningful relationships has truly proven to be his calling, and he is known for it. Internally present in John's work is both uncommon humility and the capacity to relate to his clients.

Before founding Harrisburg-based Malady Government affairs, John spent more than 15 years as a managing partner in one of the nation's largest government relations firms. In his many years in government relations, John has represented an array of clients on issues as diverse as health care, social services, economic development, the environment, retailing, licensing, entertainment and transportation.

Large corporations and small business alike have put their faith in John over the years, and his approach to government relations has adjusted with the times. From AIG to the Pittsburgh Symphony Orchestra, John's extensive clientele have enjoyed both his established and tried precedents, as well as his understanding of contemporary and evolving policy.

John brings a wealth of knowledge to the proverbial table with valuable experience in the Executive and Legislative branches of the government. Prior to his own government relations venture taking root in 1998, John enjoyed stints in both the public and private sector, dating back to his work with the Pennsylvania Senate, Lieutenant Governor and Wojdak & Associates in the late 1970's.

John holds a master's degree in business administration from the Pennsylvania State University. Born and raised in the Pittsburgh area, he and his family reside in the suburbs of Harrisburg.