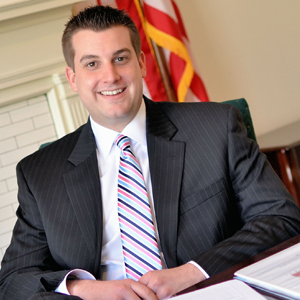 DREW B. LYONS, a member of the Malady & Wooten team since 2011, brings over a decade worth of legislative and government relations experience to the firm. He has represented a variety of clients in the fields of human services, education, municipal finance, commercial gaming and industry associations. Working hand in hand with his clients, Drew has successfully guided multiple bills into law, including: expanding investment options for local governments, establishing alternative financing mechanisms for energy efficiency projects, increasing the number of gaming options (slots/tables/tournaments/iGaming) for Pennsylvania’s smaller resort casinos, as well as, securing annual budget appropriations for non-profit clients that educate and serve the Commonwealth’s deaf and blind population.

Drew received a Bachelor of Arts Degree in Political Science from West Chester University in 2007. He was born and raised in Central Pennsylvania and currently resides in the Harrisburg area with his wife and three children.