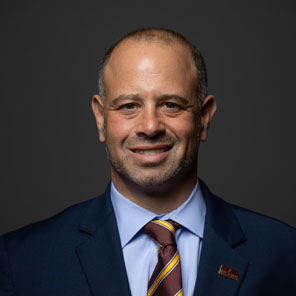 DENNIS A. GIORNO has more than 20 years of government relations experience in various capacities. His diverse experience has resulted in key legislative victories for clients in many sectors including energy, healthcare, criminal justice reform, professional licensure and education. A few of his notable legislative achievements include enacting first in the nation “clean slate” legislation, significantly expanding the scope of practice for pharmacists in Pennsylvania, stopping several drastic proposed funding cuts to public charter schools and executing a rare gubernatorial veto override.

Prior to joining Malady & Wooten in 2004, Dennis served for five years as the Executive Director of the REACH Alliance. During his tenure, REACH secured passage of the landmark Educational Improvement Tax Credit (EITC) Program, which has been hailed as a national model for providing parents with choices in their children's education and funding innovative programs in public schools.

Dennis began his career in public policy and politics on the staff of Governor Tom Ridge's reinventing government IMPACCT Commission. He then went on to serve on the staff of State Representative Colleen A. Sheehan and in the public affairs office of the Archdiocese of Philadelphia.

Dennis was appointed to Governor Corbett's Education Transition team in 2010 and is a former member of the state Charter School Appeal Board. In 2013, he was appointed to the Council of Trustees of Kutztown University, where he earned a degree in Public Administration as an undergraduate. He also serves as Vice Chairman of the Bridge Educational Foundation and a member of the board of the REACH Alliance. A native of Northeast Philadelphia, Dennis, who is a long-time Eagles season ticket holder and Phillies fan, currently resides in the Harrisburg area with his wife Jill.