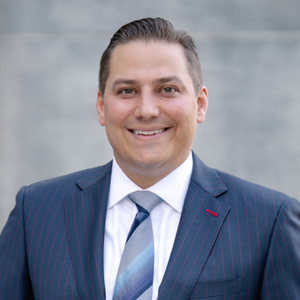 ANDY SURRA joined Malady & Wooten in 2015 after serving as Floor Director to the House Democratic Whip where he was named "Smartest Staffer" by PoliticsPA.com. Andy's time in state government began nearly 15 years ago as the Governor's Legislative Liaison to the Pennsylvania Department of Education. He then joined the House Democratic Caucus where he monitored action on the House Floor, established a Critical Votes Tracking System, served as Mace Bearer to the Speaker of the House, and as the Executive Director of the Pennsylvania Legislative Sportsmen's Caucus.

Over the last decade, Andy has had a front row seat to parliamentary debates which have strengthened his understanding of the legislative process and deal-making. His experience and relationships have resulted in key legislative victories for clients in many areas including transportation, gaming, public pension reform, insurance, and economic development. His established bipartisan relationships, political experience, and policy acumen are a proven combination which will help to guide your organization through the complexities of Pennsylvania state government.

A graduate of the University of Pittsburgh at Johnstown, Andy holds a BA in Political Science and is a native of Kersey in Elk County, Pennsylvania. He and his family reside in the suburbs of Harrisburg.